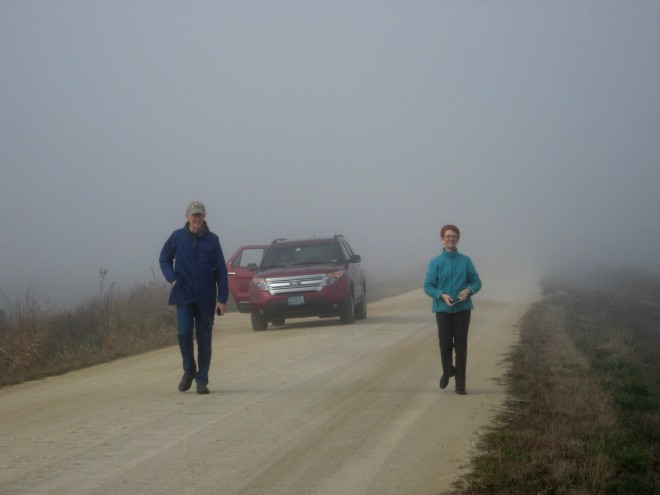 The news we always knew, but never believed, slashes out of morning, startling and impossible as thunder snow.

Although creativity is the heart of the matter in the home Alan MacIlroy has left for our true home, — neither words nor images come to my summons, as mourning descends upon me.

My dearest Tasha is widowed anew.  Alan’s ruddy car sits in their driveway with its subtle license reminding us of his priority:  TH JRNY.   Now he has embarked on the universal journey.

Over more years than I can tally, Tasha and Alan and I have shared priceless rituals, from fireside lobster in Maine to Christmas picnics at Brigantine Wildlife Refuge.

The day of our foggy Christmas feast, a peregrine falcon had stationed itself upon a speed limit sign — “15 mph” — just beyond the Brig’s northeast corner turn.  My camera does not do justice to this monarch holding court for a rosary of reverent automobiles immobilized upon the dike road.  Alan, Tasha and I quietly slid out of his Christmasy car to stand in silence, worshiping.

After a significant interval, Alan announced, “Let’s not go over to Scott’s Landing for our Christmas dinner.  How could we leave the peregrine?”

Only as I type this, do I realize, the word peregrine means wanderer.

Alan is the consummate mentor.  “Mr. Fix-It.”  Every problem solved, especially in advance, especially for his cherished Kingston church, and local businessmen and women.  Each wooded trail at their Maine home maintained.  Every lobster boat observed upon stormy or tranquil bay.  Each wood fire, kindled on a cooling summer’s night.  His dazzling, impeccable TR 4, shining on the driveway, ready for a jaunt.  He is each woodworking project magnificently accomplished, including caning two chairs for me, burnishing the Provencal olive wood cutting board that had dimmed since I lived there.  Grace, gentleness, generosity.   Smiles and that quiet voice we will no longer hear.  Alan was the essence of tranquility.  Alan is love.

His quietly merry  spirit will be with us on every future excursion. Yet the glow of that luminous man has become memory.

Mary Elizabeth’s crystalline phrases echo as I find myself bereft of words.  May her inspiration be with NJWILDBEAUTY readers  — in this dire era, –in which too many days begin with yet another cancer call:

Do Not Stand At My Grave And Weep

Do not stand at my grave and weep
I am not there. I do not sleep.
I am a thousand winds that blow.
I am the diamond glints on snow.
I am the sunlight on ripened grain.
I am the gentle autumn rain.
When you awaken in morning’s hush
I am the swift uplifting rush
Of quiet birds in circled flight.

I am the soft stars that shine at night.
Do not stand at my grave and cry;

I am not there. I did not die. 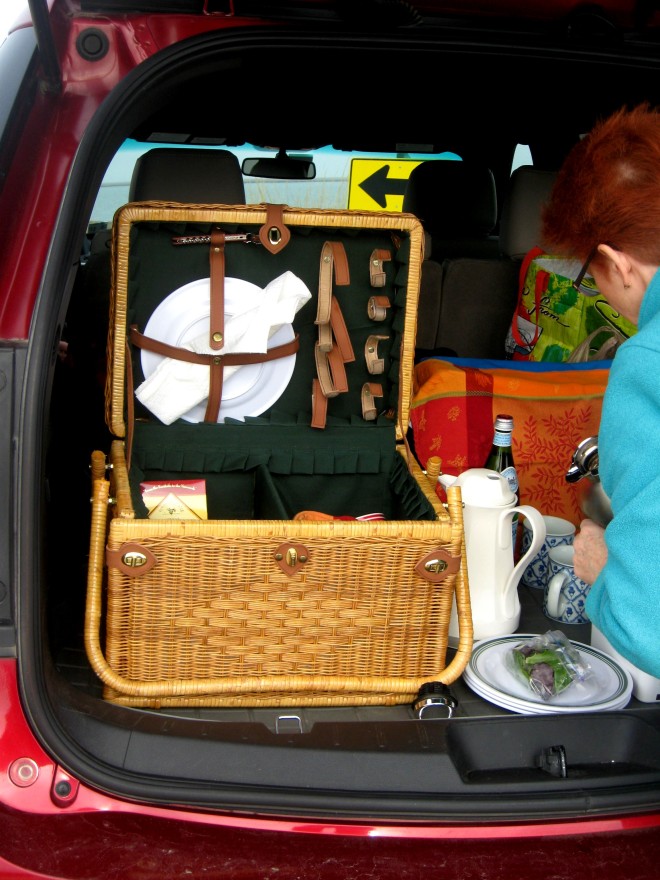 “How can we leave the peregrine?”     Now, our wanderer has left us… 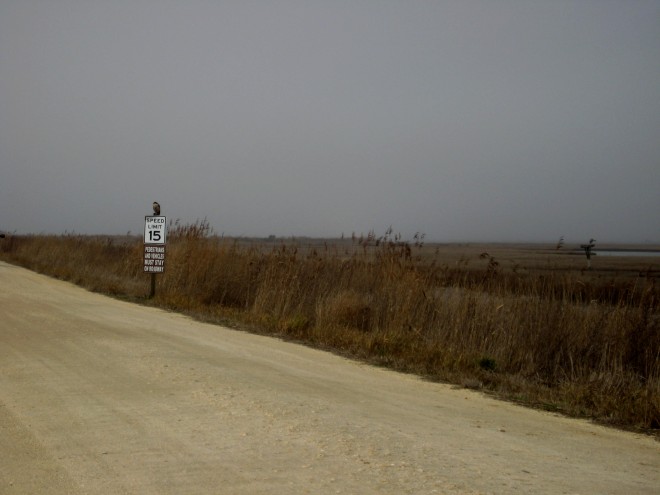 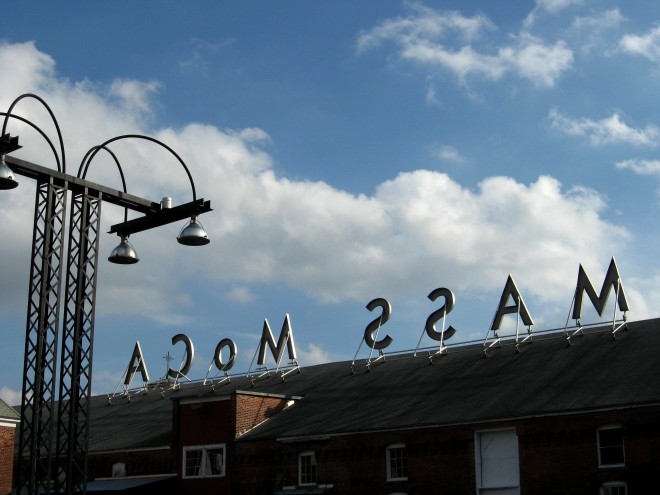 against the striated ceiling

columns unretouched in this century

allow the past to bleed through

–here, the hue of Mohawks in rain

–there, the tone of too many tears

leading to that basement

to restrooms lacking all rest

where harshness and high walls

this lobby, capacious and echoing

skipping toward grim gate and guard

vivid as palettes of the brilliant 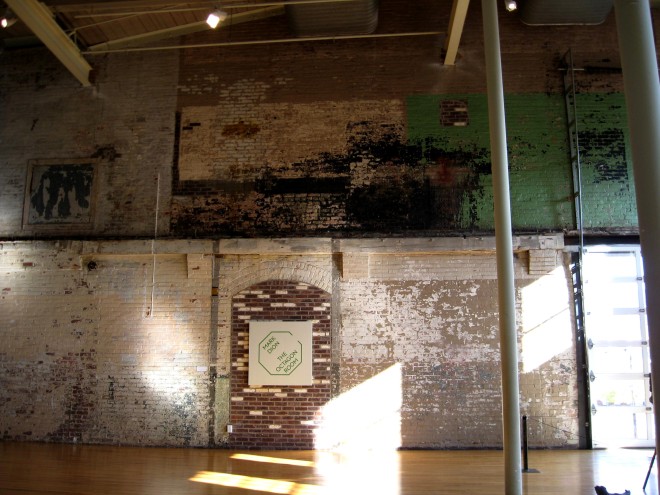 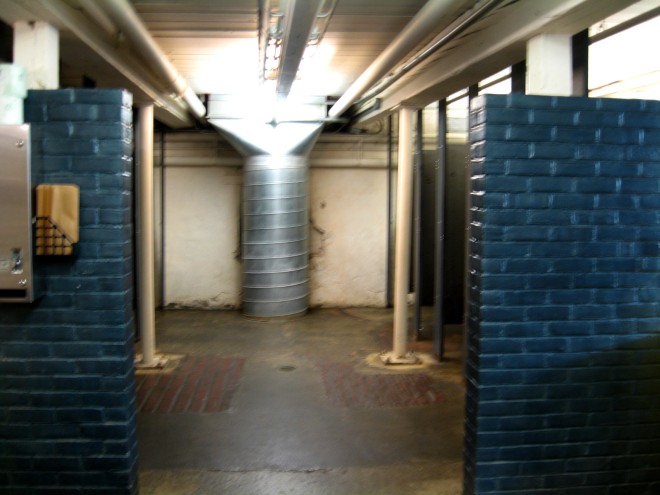 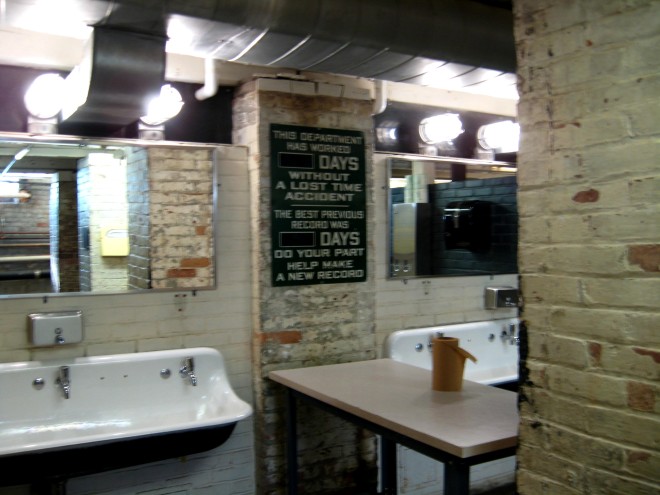 I actually thanked the Mass MOCA guards for the policy of not retouching the industrial past of this glorious museum, –full-to-the-brim with the most challenging art installations.  They were gratified, especially when I added, “This reality honors all who worked within these walls.  And underscores the powerful meaning of each artist’s work.”

As a creative person, I viscerally feel how stifled those factory workers must have been, laboring deep within these endless, now empty, but then emptying, spaces.

On this week’s Berkshire Journey, I realized that the transformation of Mass MOCA echoes that of the miraculous Michener Museum in Doylestown, –once a prison where my friends (mothers, nursing mothers, grandmothers) were impounded over an entire weekend for daring to lie down in front of bulldozers who would destroy the banks of the Delaware, so that the dread PUMP could be built to deplete our sacred river.

James and Mari Michener’s vision has been realized, that art triumph over incarceration.

I salute all the visionaries who knew that thought-provoking installations could surpass industrial dehumanization.  Being at Mass MOCA is like standing under a shower of fresh mountain waters, mixed with electrifying ions, generous helpings of stardust, and more than a dash of cayenne. 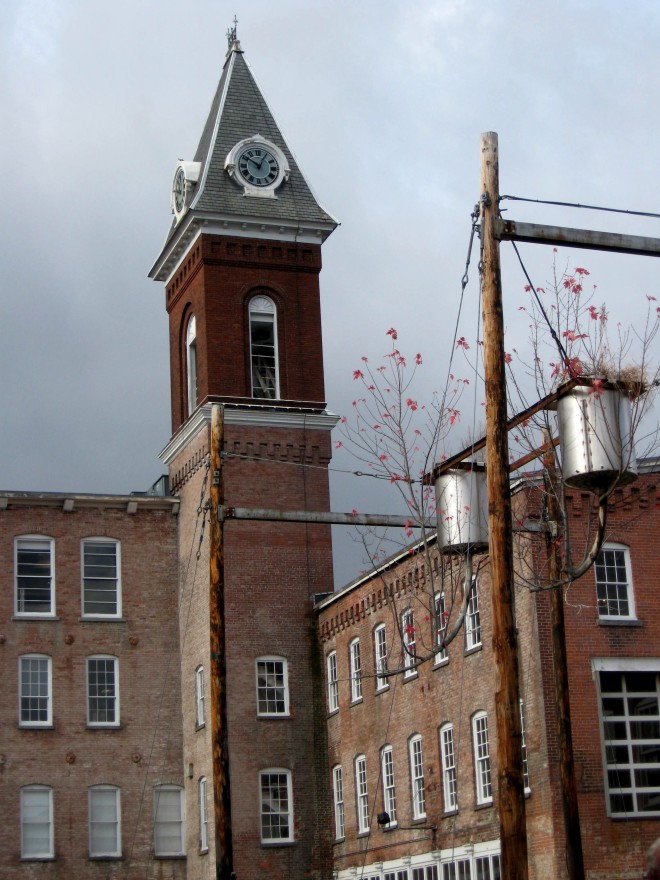