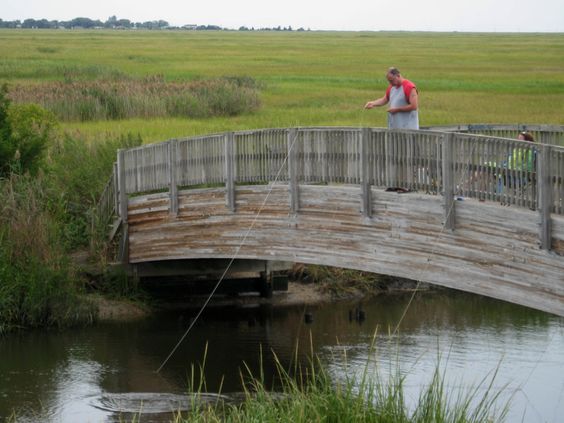 Late this night, I Googled my own blog, so I can add something nurturing/nourishing to counter our 21st-century plague. How startling that the first reference was this picture I’d taken a few summers ago, while birding the Delaware Bayshores.  But it was put there on Pinterest, by a woman who’s part of a group of people who cherish South Jersey.

I’m intrigued that she chose Turkey Point. This site is subtle but exquisite. The clump of trees in HER Pinterest scene, –studded with rustic dwellings at the far horizon is Fortescue, an atmospheric fishing-excursion village beloved of South Jersey birders, as well as by fishermen and women.

I remember Fortescue for my first-ever boat-tailed grackle, –noble, silent, imposing, flashes of iridescent blue –as though in a tuxedo! Far cry from everyday grackles exploring shopping center grasses. And the horeseshoe crabs – at and after that full moon in May-, studding Fortescue’s narrow sands. Prehistoric-seeming, tank-like ancient creatures Laying pearlescent yet light green eggs all over everywhere. A few vivid ruddy turnstones, scatterings of scarce red knots, and hilariously commenting laughing gulls gorging themselves on all sides. A miracle that noble legislation to forbid harvesting horseshoe crabs in New Jersey is managing to preserve, at least for now.

No Such Thing as Too Many Preservation Signs in Our Beleaguered New Jersey!

Infinity exists at Turkey Point and Fortescue. The Delaware Bay looks like forever. And swans are so very much at home at The Point. You can stand on this fishing bridge; climb the wildlife observation platform; look very far in all directions, –everywhere spared the man-made.

A Gathering of Swans, Turkey Point

I first met this region during one of Cape May Observatory’s legendary winter raptor festivals. Two things seem inevitable throughout that weekend — wild temperatures (as in 20 degrees in 20-mph winds) and eagles everywhere.

Also, great people. Whether you’re out on a point with naturalists whose multi-thousand-dollar optics are intently trained on courtship at a nest; or in the firehouse of Mauricetown with locals and distance-arriving birders, –eating of all things clam chowder with a doughnut and tough coffee for breakfast; or sitting in on lectures by your favorite naturalists — it’s as though the best people ever are gathered indoors and outdoors for the raptors.

My husband had insisted on our living in New Jersey. My ancestors had founded towns in Connecticut and Massachusetts; I truly expected, after those Mayo Clinic years, to return to Foote origins. Princeton town and gown helped me begin to need New Jersey.

Wouldn’t you JUST go ANYWHERE for a MOMENT like THIS?!

But it was South Jersey in general, (Pine Barrens), then Salem and Cumberland Counties and the BAY, that tipped me over. I mean, I am as exhilarated by these places as I am by Provence and Cornwall.

Perfect scene to begin a year…

Right now, because of an omnipotent virus, nobody can go anywhere.

But I can be a tourist among my own pictures and show you why we have to do everything we can, –as D&R Greenway Land Trust is doing in mid-Jersey–, to save the marshy reaches tide-nourished by Delaware Bay.

AND, YES, THERE ARE EVEN WILD TURKEYS AT TURKEY POINT – TAKEN FROM CAR

EVEN THE PATHWAYS ARE BEAUTIFUL AT TURKEY POINT!

5 thoughts on “Pinterest and a Facebook Group on Travel in South Jersey return me to a major haven: Turkey Point, the Glades Refuge, in the Delaware Bayshores”