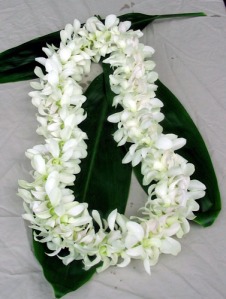 In the 1990’s, I was asked to read my poems on Hawaii to a friend’s class at Chaminade University.  Little did I know that her classroom was on Pearl Harbor.  I had been a child when that horrific bombing took place.  It was December.  I had a newborn little sister, soon to be part of our family Christmas that year.  It was the Christmas that never came, –our beloved America having been attacked, the world at war, so many wars.

We were all taught, as the South Pacific song insists, to hate.  Especially to hate Hitler, Mussolini (“was a meanie”) and all the “Japs.”

When you’re that little yourself, those teachings go deep.

No way could I have imagined taking steps onto Pearl Harbor, let alone to read poems (some of which were anti-military, as in “when are we going stop bombing Kahoolawe?”), to soldiers, –to men and women in uniform, at that sacred site.

Hawaiian soldiers taught me, in that room, in that class, “We don’t bomb Kahoolawe any more.  Each weekend, I lead a detail, removing materiel from the island….  When we are finished, we will have a healing ceremony.”

So my poem, with its longing to wrap the stafed, yes wounded, exposed red flesh/soil of that beleaguered island in white gauze, to comfort her, brought a happy ending.

The next morning, my friend (Bernadette Thibodeau, a year older, with whom I’d grown up in Michigan) and I returned to Pearl to make our own ritual visit to the Arizona, still beneath the waves, still holding its dead since 1941.

The black and white films of the bombing did not work that day.

We filed out of the theatre into searing sunlight, joining a long and silent line of mostly Japanese men.

They were all wearing leis.

We walked onto the memorial above the doomed ship. 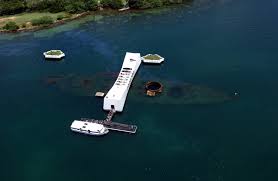 The Japanese moved, one-by-one, to various parts of that structure.

Each one, alone, observed a time of silence.

Then each one removed his lei and softly tossed it onto the waters. 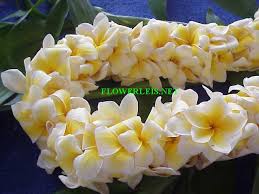 The leis mixed with rainbows from still-leaking oil.

My healing with regard to that country, whom we so wounded, commenced as those leis began to fall.